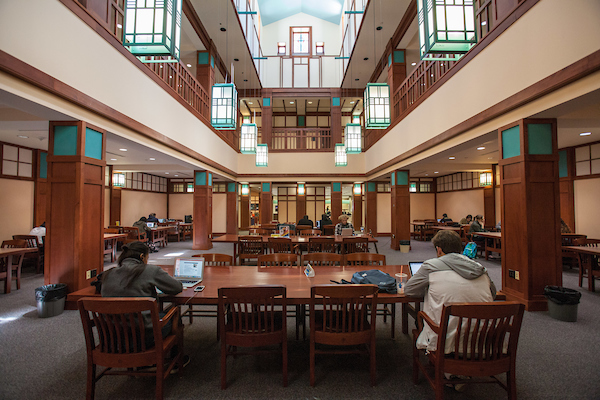 Northern Arizona University (NAU) has experienced significant growth over the past 10 years. Founded in 1899 in Flagstaﬀ, Arizona, which recently ranked fourth on USA Today’s Best Small College Towns list, the student-first university has nearly doubled its number of students in the past decade to more than 21,000 on the ﬂagship campus.

A growth story is excellent for admissions and student life but can be challenging for one department in particular: Facility Services. Director of operations Scott Perelstein, who has been with NAU for nine years, explained the growth in population has caused more construction, new buildings and a need to adapt to serving more people in these new and existing spaces. The 120 full-time custodial staﬀ that supports cleaning across campus needed to change their approach to become more efficient at keeping the whole campus looking its best.

Improving the cleanliness of the environment was also a key priority for university President Rita Cheng, who wanted to see quick changes in the quality of cleanliness. To solve this challenge, the facility services team chose a team cleaning.

Implementing team cleaning at NAU required a significant cultural shift in addition to changes in processes and procedures. Many custodians have been working at the university for 30+ years and “didn’t know what they didn’t know,” Perelstein explained.

To ensure the necessary changes would be lasting and successful, NAU officials realized they would need outside help. Tim Poskin of Cleaning Management Concepts was with them through every stage of the process. Cleaning Management Concepts uses a seven-step process to achieve Cleaning Change Solutions™. The first step is an initial assessment to understand where you stand. Poskin introduced the team to the benefits of re-tooling with Unger Enterprises. Poskin described the team as “passionately frustrated” when he arrived, wanting to improve but not knowing how.

BEFORE: LONELY AT THE TOP

Until now, NAU’s solution consisted of generalist cleaners assigned to specific building or ﬂoors completing a variety of tasks, including ﬂoor cleaning, dusting, vacuuming and restroom care. Custodians could be assigned to multiple buildings located throughout campus or be responsible for a section of a building where other custodians were already working. The process was inefficient and exhausting and lacked a holistic approach to assignments.

Cleaning tools were another challenge. Custodians were equipped with dated string mops, cotton rags and cumbersome carts that often didn’t fit through doorways or accommodate tools. The availability and condition of mop buckets and other tools varied depending on the building.

Best practices for cleaning didn’t exist. With NAU being the largest employer in Flagstaﬀ, the university didn’t have any examples to look to in managing such a large task. By bringing in the team from Cleaning Management Concepts and tools and equipment from Unger Enterprises for outside support, NAU adapted its disjointed and inconsistent cleaning process to a team cleaning approach.

Part of the cleaning transformation included ditching NAU’s old mops, cumbersome carts and varying mop buckets in favor of the Unger RestroomRx, an all-in-one system designed for custodians, by custodians. The system provides a cleaning cart with vinyl trash bags, all tool clips and holders, a 32- or 16-quart dual bucket system, mop holder, color-coded Micro Mop 15.0, telescopic dustpan, NiftyNabber®, swivel brush, toilet bowl brush and duster so custodians have everything they need at the beginning of their shift.

The Unger RestroomRx neatly holds all tools in place, ensures access to the right tool for the right job, increases worker safety by keeping the bucket of the cart and—in good news for the newly constructed buildings – fits easily through doorways to eliminate dings and dents. Tools are color coded to prevent cross-contamination, streamline training and ensure easy identification of what comes next. Poskin chose Unger for the project because they are “best in class and best in tolerance, tools and equipment.”

KEY LEARNING: WORKING TOGETHER IS BETTER 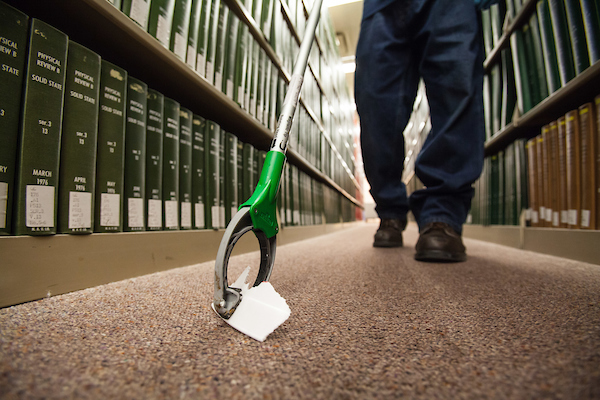 The process of moving from a system of individuals working alone in isolated settings to working together as a team of specialists to drive change and efficiency had a huge impact. There are now four types of specialists, each focusing on a singular task such as a restroom specialist. The specialist now handles all of the restrooms over a large area while no longer having to cover dusting and vacuuming in non-restroom areas. The roles work in a domino fashion with each job impacting the next, perpetuating building accountability and creating a true team mentality while increasing efficiency.

Tasks have been adjusted to prevent team members from following the exact same process every day. Some days focus on deep cleaning while others focus on lighter spot cleaning, allowing for more variety and project work opportunities. Perelstein hopes the ﬂexible schedule will help with absenteeism and keep custodians engaged, leading to minimal intervention from supervisors.

Training is critical to successful implementation. The first training involved meeting with custodians to introduce them to the new approach and set the stage for the culture shift. All team members went through two days of custodial cleaning specialist skills training on the processes, learning Level 1 skills and sampling new tools. Start-up of the new team began the day after the cleaning workers graduated from class with the team regrouping 30 days later to discuss what worked and what needed to be tweaked. Level 2 training was rolled out after 60-90 days, focusing on the project work and less frequent tasks.

The new tools were a hit at the training. When the Unger RestroomRx was rolled out for the first time during boot camp, custodian Dennis Gant, who has been with NAU since December 2017, stood up in the middle of the discussion and began walking around the cart in awe, describing it as a cart that “makes you want to tuck your shirt in.” In addition to the tools and training, the support of the administration has been critical to success. Poskin explains that while he usually works with universities at the director level, it was unique to have everyone from the president all the way down to the custodians engaged in the process.

The team cleaning rollout began in July 2017 and is approximately 75 percent complete, with one phase left to complete the transition in academic buildings. The full program will be rolled out across all 119 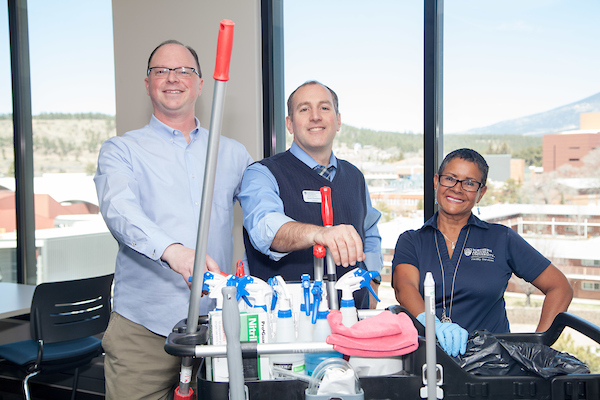 Consistency has been the biggest improvement from the new program. NAU has seen significant improvements in its before and after housekeeping assessments performed by third-party company Sightlines. The university significantly improved its rating on an appearance rating scale, moving from a 4.5 or 5 rating on most buildings to a 3.5 or higher on the 5-point scale (with 5 being the worst). NAU also has seen significant efficiency improvements. Perelstein said the university has “redefined where and how people work.”

Another gauge of success has been the feedback from all levels of the organization, from President Cheng and the administration to the vice president of capital planning and campus operations to the facility services team and building managers. “Those building managers who have it are bragging about it and those who don’t are pining for it,” Perelstein said. The highest-performing custodians are the most enthusiastic and see it as “being part of something bigger than themselves” and something they can be proud of, he adds.

When asked about the keys to the university’s success with team cleaning, Perelstein cites the following:

“We looked at this change as an overwhelming behemoth for a long time, and that held us back in the past,” Perelstein said. “Once we committed to the process and engaged the right team, we immediately began seeing results and feeling good about it. I’m proud of our team and how everyone has adapted, from the administration to the custodians.”

Next on the cleaning plan for NAU will be the completion of the academic building phase and then to evaluate the residential building rollout. The team has learned a lot since kicking oﬀ the team cleaning process, but it’s clear the learning won’t stop when the implementation is complete. “Cleaning is an ongoing process and will continue to evolve as our campus evolves. We’re at the beginning of our clean trajectory and are excited to see the results that come next,” Perelstein added.

Now when others are looking for best practices, they can take lessons in cleaning success from NAU, who has mastered team cleaning from “A-Z.”