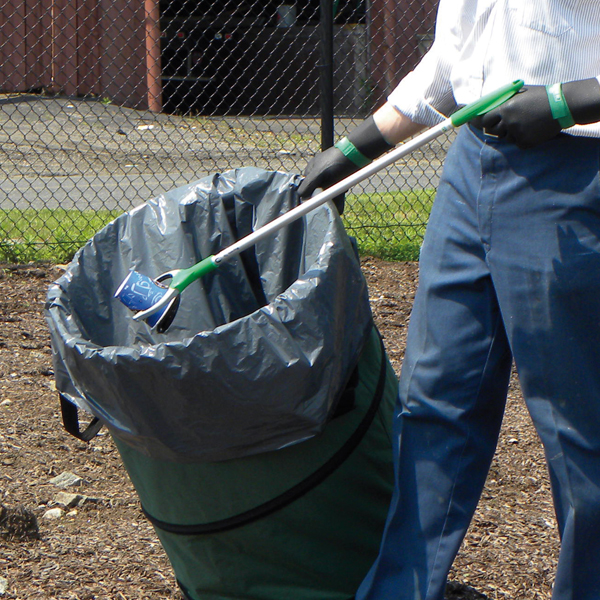 Earlier this month the Senate approved a $1.2 trillion infrastructure bill which included over $75 billion in allocations for environmental remediation and infrastructure. Yet, before this bill hit the senate floor, local governments were already tackling some of the issues covered in the Senate bill, such as litter control. For example, in California Gov. Gavin Newsom is promoting a $1.5 billion plan to clean and beautify areas and local roadways the state has struggled to keep free of trash in recent years. Four to five years ago, the state was spending $60 million for its anti-litter program, but just in the past two years that budget had ballooned to $110 million.

Many states run multiple programs that target highway litter and beautification, as recently demonstrated by New Mexico. The New Mexico Transportation Department reported that workers cleaned up 18 tons of trash from their roadsides.  Among the trash they collected in addition to what we commonly think of – used face masks, bottles, wrappers, cigarettes, etc. – was lumber, drywall, carpet, clothing, and even a toilet. While these programs remove tons of unsightly trash from the sides of our major highways each year, it also removes the dangers and health risks associated with litter and debris, such as irresponsibly discarded hypodermic needles.

When states, organizations and individuals invest in these environmental clean up efforts, part of the investment is sourcing the best trash pickup tool for the job. Not only is it important that tool be able to quickly and easily pick and grab trash, but also keep those behind the efforts safe while doing so.

Why Trash Pick Up is a Growing Priority

Regardless of where trash resides, when people carelessly litter they don’t necessarily understand how what they discard impacts the bigger picture. It’s not the unsightliness of the trash that’s the problem, it’s the material break down that follows that poses the biggest risk. For plastics specifically, this break down produces microplastics that in turn leach harmful chemicals out into the land and water, which can cause ripple effects for humans and animals in the area.

In 2021, Keep America Beautiful released the largest study on litter in America, which key findings included:

It’s an understatement to say that these litter statistics reflect an overwhelming problem, but it’s a problem that Unger is dedicated to resolving through the supply of litter removal tools that can aid individuals and programs working to clean up our waterways and roads in a safe and ergonomic fashion.

There are four key components to a trash grabber tool that we find important in building an efficient, easy to use piece of equipment:

In some cases a trash picker tool is more appropriate than a grabber, for instance when picking up litter such as paper, cans, and plastic cups. A strong metal pin attached to a long, ergonomic handle ensures minimal bending, which prevents fatigue and reduces the risk of injury. The handle should also be designed to help position the arm and hand in the optimal position for reaching debris.

Supporting Litter Clean Up at Your Facility and Beyond

Well before an infrastructure bill heightened awareness of a national clean up, for over 50 years Unger has supplied commercial litter removal tools to facilities and organizations that prioritize trash pickup on a daily basis. If we can help you get better equipped for your own efforts to remove unsightly and potentially harmful debris, please contact us.